40.742249, -74.027789, The Edwin A. Stevens building, Stevens Institute of Technology, 5th Street between Hudson and River Sts, Hoboken, New Jersey, U.S.A. The building is listed on the New Jersey and the National Register of Historic Places. The plaque will be inside the front entrance of the building, which is only a few hundred meters from the location of the former laboratory where the Neutrodyne was invented. 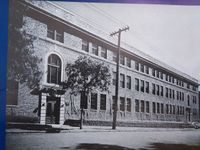 In the autumn of 1922, Prof Alan Hazeltine designed a receiver using a Tuned Radio Frequency amplifier. Joseph Freed of the Freed-Eisemann Radio Corp. built the first model from plans supplied by Hazeltine. Hazeltine demonstrated the receiver on 2 March 1923 at a meeting of the Radio Club of America at Columbia University, New York City. Patent US1450080 issued to Hazeltine on 27 March 1923, and Hazeltine Corporation stock began trading on 1 February 1924 on the Curb Exchange (now the AMEX). 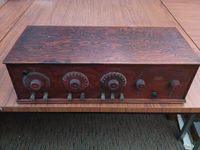 Retrieved from "https://ieeemilestones.ethw.org/w/index.php?title=Milestone-Proposal:Neutrodyne_Circuit,_1922&oldid=7897"
This page was last edited on 3 October 2019, at 14:25.
Privacy policy
About IEEE Milestones Wiki
Disclaimers